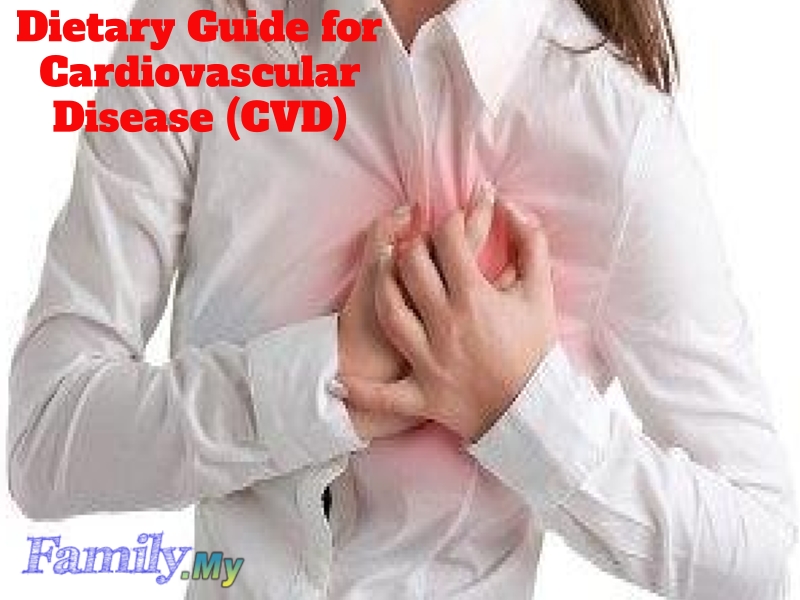 CVD or Cardiovascular Disease is among the top killer-diseases in the world where it is the leading cause of death in Malaysia alone. Coronary heart disease is the most prevalent cause in this category while stroke comes in second. Those who are at the higher risk of suffering a heart attack are those with hyperlipidemia which is when there is an increased level of fats or lipids in the bloodstream which are carried by lipoproteins in the blood.

As such, it is very important to practice a healthy diet which does not channel too much LDL into the blood stream. This is most common among those who are obese or overweight who take a lot of foods with saturated fat.

The best diet practice that can reduce the risk of CVD is to increase the intake of fruits, vegetables and those that are rich in fiber and at the same time reduce foods which are high in cholesterol. Other factors include practicing a healthy lifestyle that includes regular exercising.

Energy – The daily energy requirement for a normal adult should be between 30 and 35 kcal per kilogram per day.

Carbohydrate – This should be between 50 and 60% of the total energy consumed per day where 1 gram of carbohydrate typically channels 4 kcal of energy to the body.

Sugar – This is something which must be taken in minimal amounts where it can lead to diabetes if taken too much. It is recommended that sugar intake should not be more than 15% of the total energy requirement per day.

Dietary Fiber – Although dietary fiber is very much encouraged, the recommended level should be 20 to 30 grams per day.