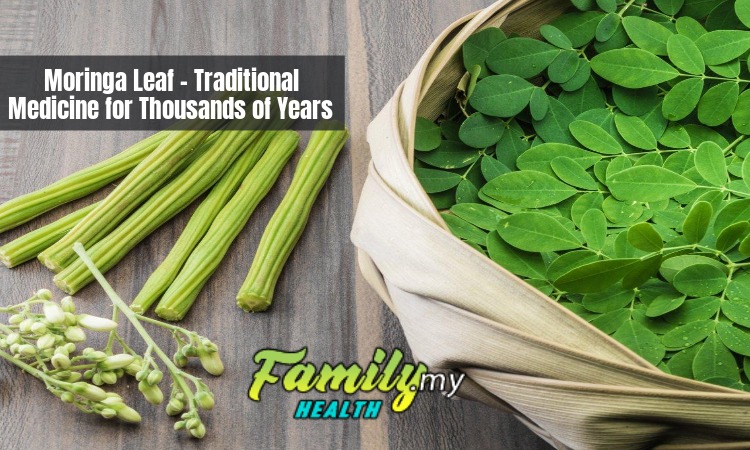 One of the plants that has been used for centuries is the Moringa Oleifera. Even if this is so, there are still many around the world who are still ignorant despite its medicinal properties.

Still a lot of unknown benefits

The Moringa Leaf, known as the Moringa Oleifera has over many generations been used because it has a strong reputation for being used for the treatment of many conditions. Rich in antioxidants that protect the body from harmful agents and bioactive plant compounds, it has to be noted that there is still a lot of potential in this plant which has yet to be explored.

What benefits does the Moringa Leaf bring?

As mentioned, the Moringa Leaf has many benefits with the most obvious ones as below. These are benefits that have already been proven by research carried out by scientists in the past.

Nutrition – This large tree comes from North India where it has been called various names like Ben Oil Tree, Drumstick Tree and Horseradish Tree, among others. What makes the Moringa Leaf so interesting is that it has been used to make herbal medicines traditionally and almost all the parts of the tree can be used for this purpose. Among those that can be used include:

Most health-conscious people will know the importance of antioxidants. They are the agents that fight against the free radicals that cause harm within your body system. The higher the level the radicals are, the higher the oxidative stress will be. This will then lead to major conditions like diabetes and heart diseases. Among those that are found in the Moringa Leaf are:

Used for treatment for diabetic patients

Diabetes is one of the top killers in many countries. A lot of people are unaware that they have high blood sugar which can lead to coronary heart disease. As such, taking Moringa Leaf will help to regulate this level which in the long run will keep it low and avoid more serious situations. While this might be positive news, there is still a lot more research needed to fully conclude this finding.

When your body suffers any injury and infection, the natural response is inflammation. This mechanism is a defense system but if it goes on for a prolonged period, it can be very harmful. Sustained inflammation is known to lead to cancer and even heart problems. Various types of herbs and most vegetables have properties that are anti-inflammatory. In Moringa Leaves, it was found that there are isothiocyanates which naturally are anti-inflammatory compounds.

High cholesterol is one of the most common health problems in the world today. Hypertension remains high on the list of killers across the world. This will only lead to an increased risk of strokes and it has been found that many types of high-fiber foods have the ability to reduce bad cholesterol in the body. Through various studies, it has been found that the Moringa Leaf is part of this family.

Arsenic Toxicity in the body

One of the major problems that the world is facing today is arsenic contamination in food and water. In fact, it has been found that such harmful properties are found in various types of rice which is the staple food in many communities most notably in Asia. If exposed to arsenic contamination for a long period of time, it can be extremely dangerous. The seeds and leaves of the Moringa Leaf have been found to be able to protect the body against this contaminant.

How far is this true?

The Moringa Leaf has been taken for its medicinal values for generations dating back to thousands of years. A lot of scientific research has been put into the Moringa Leaf especially on its benefits. The fact that top names in the health supplement industries are creating products using this plant means that there must be some truth in the conclusions made. While more research and clinical tests need to be carried out, the Moringa Leaf remains as one of the most beneficial plants that when taken can be perceived to be nutritious and vitamin-rich.