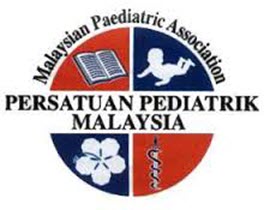 The Malaysian Paediatric Foundation was set up soon after the 5th Asian Congress of Paediatrics organised in Kuala Lumpur in 1985. The objective of the Foundation is to encourage research and teaching of paediatrics and child health, and provide financial support to paediatric trainees and paediatricians who wish to carry out research.

The Foundation is also extended to provide Malaysian APSSEAR fellowship for paediatricians from neighbouring countries to undergo training in sub-specialist paediatrics in Malaysia. The Foundation is currently funded by proceeds from the annual congress.

The Rat Race, a fund-raising event organised by the Sun and the Edge newspapers, was one of the activities organised to raise funds for the Malaysian Paediatric Foundation (MPF). Funds collected were used to buy equipment, such as syringe pumps, infusion pumps, pulse oximeters and incubators, for children’s wards in hospitals that need them.

The Rat Race, modelled after the annual event at Wall Street, became a reality on 19th September 2000 despite a heavy downpour. Companies around the Kuala Lumpur Golden Triangle area sponsored participants to take part in the run. It was participated by enthusiastic executives in their (soaked) office attire.

Thirty-one companies fielded two hundred participants in the event, which had to be delayed due to the heavy rain. The rain also made the organisers shorten the route from the original 4 km to 2.4 km. 173 participants completed the whole course (the 22 who did not report back at the finish line presumably stopped off at the many bistros and pubs along the way).

The total amount collected was RM354,000, and all this was done in just a little over a month. MPA thanks the Sun and the Edge newspapers for deciding to make the MPF the beneficiary of the first-ever Rat Race in Asia.

Our members working in all the hospitals certainly appreciated the equipment donated and its contribution towards improving the quality of care at their respective hospitals, throughout Malaysia. A ceremony to present some of the equipment was held at Klang Hospital on 26th May 2001.

The Children’s Cancer Fund began in 1984 with the hope of collecting enough money to start a halfway house for children with cancer in Hospital Kuala Lumpur. Although that ambition was never realised due to lack of sufficient support, the fund has helped many needy oncology patients over the years, particularly those in Institute Pediatrik. Besides giving cash assistance to needy patients, the cancer fund has also enabled air-conditioning to be installed in Ward KK3 of the Institute, and provided much-needed equipment to the Bone Marrow Transplant Unit at the start of the unit in 1994. This year, Professor Dr Wan Ariffin takes over as the chaiperson of the fund (replacing Dato’ Professor Dr Raja Khuzaiah).

Started during the International Year of the Child in 1979, the Sentul Project or Rumah Pendidikan Kesihatan dan Pemakanan (RPKP) (translated as Health and Nutrition Education House), which began in Kampung Tun H S Lee, provided useful health and educational services for the poor in Sentul. When the squatter settlement was moved to Bandar Baru Sentul in 1986, RPKP also moved to its present site on the ground floor of an 18-storey block of low-cost flats. RPKP at one time had a kindergarten, tuition classes, weekly voluntary clinics run by MPA members, regular games and other activities. Initial financial aid was obtained from an American voluntary organisation, Children’s Aid International.

The main objective of starting the project was to uplift and improve the health and nutritional status of children in the area. Records from the Kuala Lumpur General Hospital at the time showed that many children from the area were admitted for various ailments, especially those related to nutrition and the environment. The initial concentration on basic health services soon blossomed into a more holistic approach involving the social, physical, environmental and educational needs of the community. Other local organisations which became involved were the Universiti Kebangsaan Malaysia, National Population and Family Development Board, Kuala Lumpur City Hall, Rotary Club, Department of National Unity and another organisation called Service Civil International.

The basic objectives of the project were to provide health, nutritional and social care for the disadvantaged population living in the area. The short-term objectives were to provide medical care, advise family members of affected children regarding their health, help improve academic performance and prevent dropouts by conducting classes for school children, organise classes for parents, and arrange talks, exhibitions, and discussions to increase the awareness in the community of their own problems. The long-term strategies include obtaining data on problems of health, poverty and ignorance, and to use the data to find effective solutions for the community’s problems. The population was also used to get medical and other students to understand the medical and social problems faced by these socially deprived societies.

The potential for research in this population was immense but there were few takers. One such research was an international survey to identify handicaps amongst children aged 3 to 9 years in 1982. Many of the severely handicapped found in this survey had not been previously identified by any agency and were not on any therapy. Health status of children and its various indicators are some of the research that had been carried out in the Sentul flats.

Plans laid out 20 years ago at its inception need to be looked at again. The only surviving project in RPKP is the weekly voluntary clinic run by paediatricians and doctors from the private sector, government hospitals and the universities. The classes have stopped, the games have greatly reduced, the talks

are now non-existent and few volunteers come forward to sacrifice their Sunday morning once every few months to run the clinic. The apathy is also seen amongst the residents of Bandar Baru Sentul flats themselves. There is still a wealth of information which can be derived from simple community-based research on the flat dwellers. All it needs is the idea and will to carry on with the research. At the moment, the original creators of the RPKP project, Datuk Dr Sam Abraham and Prof Datuk Dr Mohd Sham Kasim, are having a tough time trying to find young people in our profession who are interested in carrying the torches they have been carrying for the last 20 years. Perhaps the formation of a bigger committee involving the older and younger generations will help to perpetuate continuity of this highly worth-