Dangers of Ibuprofen for children 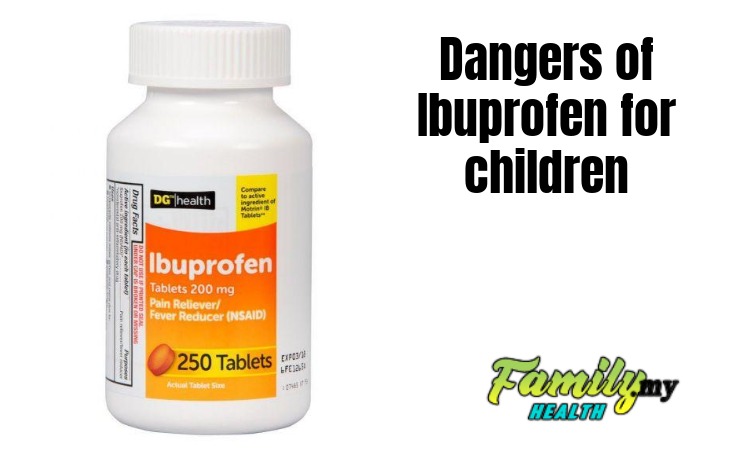 If you have a toddler or an infant, a fever will usually cause a lot of concern, some panic even. You would check with the paediatrician almost immediately when your child is feeling unwell and the usual practice is to prescribe ibuprofen, a common type of painkiller. In recent studies, it has been found that fevers can be cured without medicine and this method is actually harmless. However, parents are more ‘calm’ when medicine is prescribed but did you know that Ibuprofen can be quite harmful?

In most cases, Ibuprofen is prescribed with other drugs like antibiotics or cough syrups and when you do that, it could cause overdosing and that would lead to some extreme conditions.

This nonsteroidal anti-inflammatory drug (NSAID) is designed to reduce pain and inflammation and usually recommended when the child has fever. However, recent studies have found that taking much ibuprofen could have certain side effects. Among them include:

Bleeding in the Stomach – After giving your child Ibuprofen, take some time to look at the stool. If it is bloody or blackened, it could suggest bleeding inside the stomach. Besides Ibuprofen, aspirin could be the culprit for this as well. The problem with this is that bleeding in the stomach is difficult to identify unlike rashes or skin conditions.

Problems in the liver – Children taking Ibuprofen would be at risk of problems with the liver. Some children’s liver system could take longer to develop and this could well lead to jaundice or hepatitis which will make it quite difficult to treat. In fact, it has been found that up to 15% of patients who took Ibuprofen had elevated liver function and these conditions.

Allergies – Some reports have shown that children experienced allergic reaction after taking Ibuprofen. Symptoms include difficulty breathing, swelling in the face and reddening of the skin.

Poisoning – Ibuprofen poisoning is quite common especially when parents gave too much of this drug to the child. While it might not cause immediate liver damage, it could affect the child’s breathing and drowsiness.

Other notable effects include problems with vision, rapid weight gain, nausea, numbness and neck stiffness. The biggest challenge here is that while a child is able to communicate such symptoms, these signs are harder to determine when it comes to toddlers. As such, it is advised not to give Ibuprofen to the child unless it is absolutely necessary to do so.