Are you at risk of Ebola? 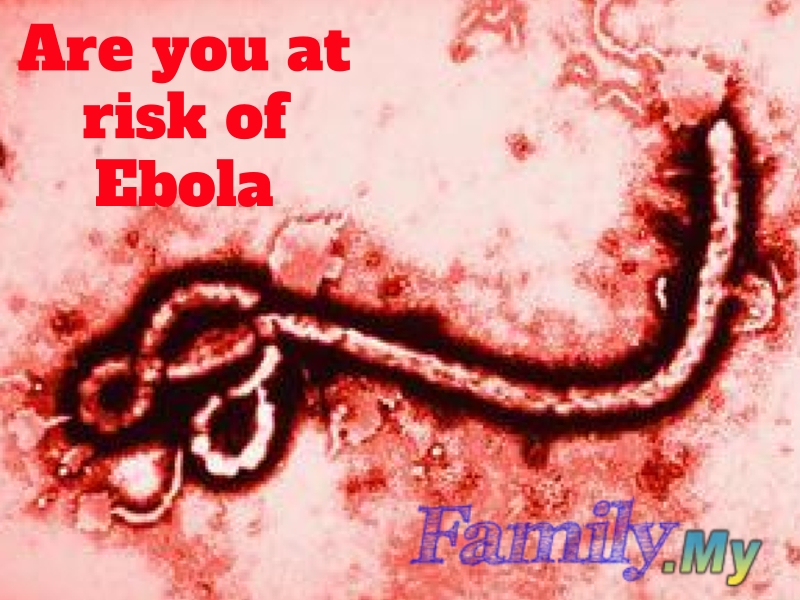 The Ebola virus disease was formerly known as the Ebola Hemorrhagic fever. This is a serious disease which is currently untreatable with modern medicine. As such, many cases have resulted in death which makes this one of the most top killers in modern history.

Known in short as EVD, this disease is highly contagious and airborne which means that one can easily contract the virus through close proximity with another carrier. To date, the fatality is around 50% of the cases while the latest numbers have since risen.

EVD was first reported in some remote villages in Central Africa in Congo back in the 1970s but in recent months, it has spread to West Africa and has taken tens of thousands of lives which is now at risk of spreading across the world.

Effects of Ebola
If untreated, a person who has Ebola can be facing death as this acute illness is very serious. It first came about in 1976 when 2 outbreaks occurred simultaneously in Nzara in Sudan and in Congo’s Yambuku in Ebola River which was where it got its name from.

Since then, Ebola has been a constant problem in Africa while in March 2014, the latest outbreak occurred in West Africa which is the most serious and most complex ever. Since then, the Ebola virus has spread to other countries around the continent include Sierra Leone and Liberia, among others.

Due to the weak health systems and infrastructure in Guinea, Sierra Leone and Liberia, the Ebola cases there are very serious. It has since been declared as a Public Health Emergency of International Concern by the Director-General of WHO (World Health Organisation) which means it can now potentially spread to other parts of the world.

Origins and transmission
It has been reported that the Ebola virus comes from the Pteropodidae fruit bats family and can now spread through direct contact among humans. This problem has even spread to health-care workers who are helping in treating Ebola victims.

Symptoms of Ebola
It takes 2 to 21 days for the virus to develop. Once the symptoms become apparent, it will become infectious. Early symptoms of Ebola includes sudden high fever, muscle pain and sore throat which will then followed by more serious conditions like diarrhea, vomiting, rash before the kidney and liver starts to malfunction. Some could even lead to low white blood cell and platelet counts which to some extent is similar to dengue fever although Ebola is a lot more serious.

Cases in the world
To date, the current Ebola outbreak in West Africa has become more deadly than ever. Almost 5,000 people had been reported dead from Ebola in at least 5 countries while there are now more than 13,500 cases reported. If this is not addressed soon enough, the numbers will surely breach 20,000 by the end of 2014. The highest death cases reported to far is in Liberia followed by Sierra Leone and Guinea while the first death caused by Ebola has already been reported in the United States.

Is Malaysia at risk?
Yes, any country in the world today is at risk and Malaysia is not any different. In a latest update from the Ministry of Finance of Malaysia, 9 suspected cases of EVD in Malaysia have been cleared by the CPRC or National Crisis Preparedness and Response Centre.

As Ebola can be transmitted by air, the only way to restrict carriers from entering the country is by screening them at the immigration checkpoints. Anyone with these symptoms would need to be checked and verified. According to the Ministry, Malaysia is ready to face this outbreak although it is considered a low-risk country with no direct flights from the affected countries.

Prevention and cure of Ebola
There is currently no cure found for the Ebola disease. As such, only preventive measures can be taken to reduce the risk. Travelling to the high risk countries or to countries in the African continent should be minimized or stopped altogether.

Individuals have to maintain strong immune system and to ensure that the body is hydrated at all times. Drink lots of water and avoid high risk places like those with a lot of foreigners. It must be noted that children are more exposed and susceptible to Ebola as their immune system might not be as strong as an adult.