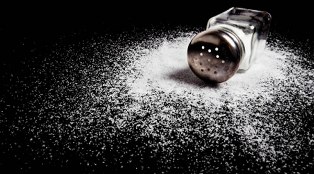 Sodium is one of the many types of minerals which the body needs each day. It is found in small quantities of most type of food and is usually required in a balanced diet programme. It helps to regulate the fluid levels inside the body so that the cells are constantly nourished and hydrated.

Sources
The known sources of sodium are from foods like cabbage and egg yolks. Meanwhile, salt is among the most commonly known suppliers of sodium which is the main contributor to high blood pressure. As such, consumption of salt should be taken in moderation and caution. Other sources of sodium include meat, pickles and processed cheese.

What is it used for?
Sodium is an electrolyte which is found in the extracellular fluid or EFC where it plays an important role in enzyme operations. In fact, sodium is involved in the fluid maintenance within the body which helps in strengthening the immune and nervous system. Apart from that, sodium is used to improve heart performance and glucose absorption which can affect the general health of the person. It is mainly used for blood regulation which helps in reducing the risk of chronic diseases like diabetes and hypertension.

Deficiency
A person whose body is lacking in sodium will face several effects. Such effects could be mild while in extreme cases, it could lead to more serious problems like death. This is because sodium deficiency is commonly associated with the nervous system and when it shuts down, it could lead to headaches, weaknesses in the body, low blood pressure while this could lead to a weakened immune system. When that happens, the body is open to all types of attacks which could be extremely dangerous. It must be noted that having excessive sodium in the body could lead to high blood pressure which is linked to hypertension and other related diseases.