Dandelion – Possibly the cure for Cancer in the next few years 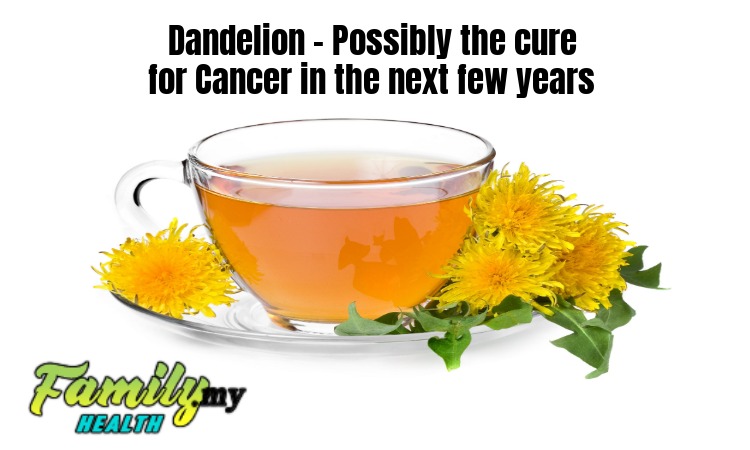 In a recent research carried out by Canada’s University of Windsor, dandelion tea has been found to affect cancer cells which could be one of the greatest breakthroughs in the search for a cure for cancer.

The research was carried out by the Department of Chemistry and Biochemistry and the tea could disintegrate cancer cells within 48 hours. That which makes this finding all the more favourable is that it did not affect any of the healthy cells in the body.

Known in some quarters as weed, it must be handled with extreme care by being cleaned when collected to wash away pollution on the leaves. Dandelion has been used for decades for its medicinal properties and its flowers were traditionally used s medicine to make syrups. Since then, scientists have found that dandelion root can offer a better alternative for chemotherapy and other radiation treatment for cancer.

Besides killing the cancer cells, it helps to clean the liver and reduce cholesterol while being rich with Vitamin B complex, Vitamin C, iron, folic acid, magnesium and iron, among others. In taking dandelion, you will get more than half of the daily recommended dosage of Vitamin K and more than sufficient Vitamin A to say the least.

In this research, it was found that dandelion tea caused the cancer cells to disintegrate within 48 hours and because of this, further funding was injected to determine if it could well be the cure for the deadly disease. If this is substantiated, it will join the list of other foods like the carrot and ginger as those that can battle cancer.

A 72-year old man named John di Carlo who was told that the 3 years of aggressive chemotherapy treatments did not work for him drank tea from dandelion root for 4 months and started experiencing remission of the disease.

What dandelion root to use?
The ideal part of the plant is to use that which has been pulled out from the ground and to keep the root intact and then use it fresh and dried. Then, peel the root carefully and then cut into small pieces to be stored in fresh air environments. Allow proper ventilation for drying for up to 14 days before using it to make tea.