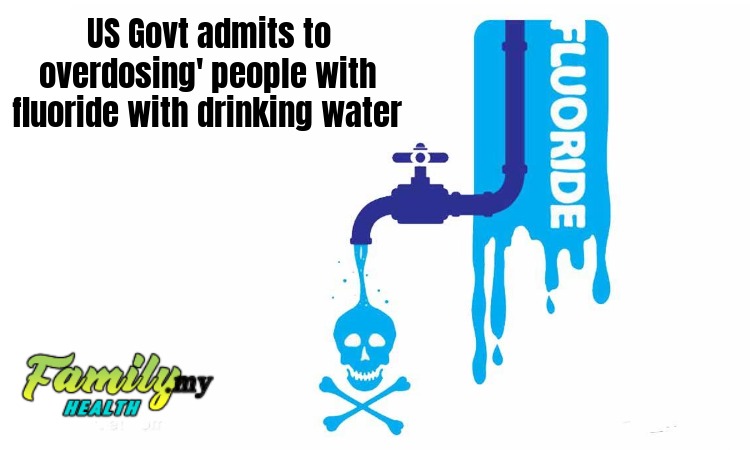 The truth is out! In America, people are overdosed with fluoride, which has been found to have harmful effects to health. The US government recently admitted that the recommended level of fluoride in drinking water is too high.

This is an alarming update considering that it is only the first time such an occurrence happen since 1962 which means that Americans have been overdosed with fluoride in their drinking water. According to reports, about 40% of the population experience a condition where there are changes in the tooth enamel’s appearance called fluorosis. This is mainly caused by long-term ingestion of fluoride and to make matters worse, it comes from drinking water, among other sources.

Previously, the accepted fluoride level in the country was 1.2mgs per litre of water. In the announcement, it has been brought down by 0.5mg to 0.7mg of fluoride per litre of water. This is mainly because mouse rinses and toothpaste have fluoride which means people are already exposed to this from other available sources.

The Issue
The main issue really is, would it be safe to have fluoride injected into drinking water? After all, fluoride is already used to make toothpaste in which we use it at least twice a day. The principle behind this is that the government is using fluoride in drinking water so that it reduces tooth decay.

While alternatives like coconut oil is being used to replace toothpaste, the same cannot be said about drinking water.

What should you be aware of?
You should not take fluorosis too lightly. Besides the teeth, it can occur in your bones as well. If you start experiencing burning or tingling in your limbs, weakness in the muscles, chronic fatigue or reduced appetite, it could be early signs of skeletal fluorosis. More serious conditions could lead to anaemia and osteoporosis.

Fluoride does not go directly to the teeth enamel when you swallow it. It starts to accumulate in the bones and tissues of your body before more reaction happens. That is when the situation becomes more critical and in the long run will cause more serious problems.