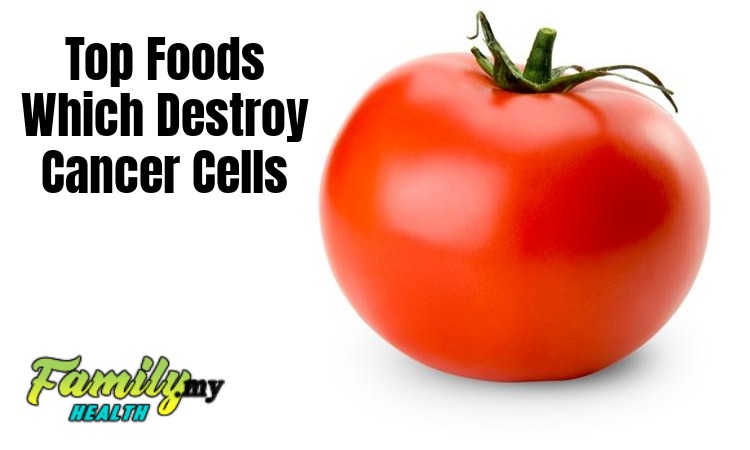 To kill cancer cells, certain types of proteins and enzymes can be used within your immune system because it is naturally designed to do so. Most of the time, it is because there are certain foods that we eat which stops the immune system from working its wonders. Hence, if you take enough foods that can kill cancer cells, it can reduce your risk and even be used to treat this condition. Here are the top 10 foods you can find which can limit the growth of tumour or its development.

Garlic – Besides having anti-cancer properties, garlic has a host of other benefits. Its daillyl-sulfide plays a crucial role in preventing cancer.

Tomatoes – Within tomatoes are lycopene which is known to be an extremely helpful superfood while it has carotenoids known to be closely linked to reducing heart diseases as well as cancer Hemp – This type of oil is imperative in helping the body heal while increasing levels of melatonin known to reduce the speed of cancer cell growth.

Turmeric – This is perhaps the most powerful antioxidant known to men. Turmeric is a very popular Indian spice which has curcumin which has already been proven to supress metastases formation in the body in which is has anti-inflammatory and anti-oxidative effects.

Grapes and Resveratrol – Resveratrol is a very powerful antioxidant which helps to inhibit the production of nitric oxide. It plays an important role in the antioxidant role of red grapes and then in inhibiting CoX-2 known to be linked to abnormal growth in the body.

Sea Vegetables – They are known to have a lot of minerals like iron, magnesium, calcium as well as a long list of minerals known to prevent cancer cell development. Among the known sea vegetables in this category are arame, kelp, wakame, nori, hijiki and kombu which are very popularly used for the treatment of colon cancer in particular. In recent years, it has been found that this food can limit the growth of other cancers as well. Green Tea – The benefits of Green Tea has been unprecedented and is a known fact. With catechines, a type of plant flavonoids and its EGCG or epigallocatechin-3-O-gallate, it can block abnormal growth tremendously.

Cruciferous Vegetables – These foods have glucosinolates that can break down many types of biologically active compounds in the body which prevents cancer. Examples of these types of foods include broccoli, cauliflower, kale, turnips and cabbages.

Chlorella and Spirulina – In a recent study, it was found that chlorella contains carotenoids that can help to reduce cancer risk among humans while chlorophyll can help in neutralizing toxins and pollutants from the environment by ensuring that the cells and tissues receive sufficient oxygen from the blood. On the other hand, spirulina is rich with Vitamins B, E, K and beta carotene and others that are crucial in balancing the blood sugar and maintaining energy levels for the cells.

Mushrooms – Particularly medicinal mushrooms have bene used for more than 5 decades because of its anti-cancer elements. Among those being studied include coriolus versicolor, schizophyllan and the AHCC (Active Hexose Correlated Compound).