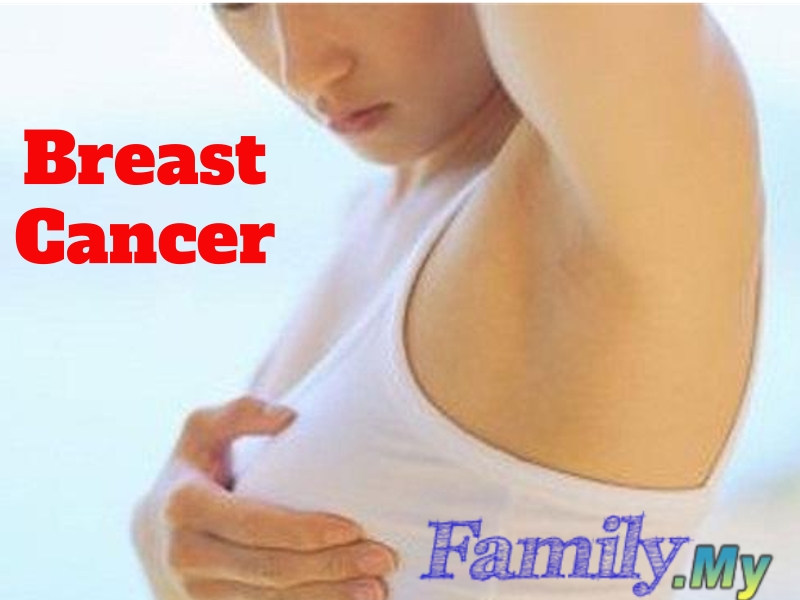 Breast cancer goes by many names. It can be carcinoma-ductal, ductal carcinoma in situ and many others but the most used phrase of breast cancer is the most popular and most scary to most people today. This is one of the few cancer diseases which has recorded the highest number in recent years and most feared among women around the world.

Prevalence
There are in general 2 types of breast cancer which are Ductal Carcinoma and Lobular Carcinoma. The former is the most common type of breast cancer recorded where it starts from the ducts that move the milk to the nipple from the breast. Breast cancer usually starts in the tissues of the breast and could be from various parts of this body part. On the other hand, Lobular Carcinoma starts from the lobules which are in the parts of the breast that usually produce milk. These are 2 of the most common types of cancer and rarely start from other areas.

There are no main causes of breast cancer as there are many cases where they are hereditary. A person’s risk of contracting this disease increases as they grow older but it is not limited only to women although the ratio is 100:1. A change in lifestyle could help to prevent breast cancer as alcohol is often linked to this disease. Women are encouraged to have children before the age of 30 while other issues like HRT (Hormone Replacement Therapy) too are known to increase the risk. One of the main factors that breast cancer differs from other cancer types is that it can be identify by self-examination before further treatment is needed.

In Malaysia, it has been reported recently that incidences of Top diseases in malaysia than indicated in statistics as not every patient who has this disease seek medical treatment. Currently, it is claimed that 1 in 20 Malaysian women has breast cancer but that does not include those who seek traditional treatment and medicine.

Prevention
Breast Cancer is more likely to happen to women although there were cases where men are involved as well. The best way to avoid this cancer is to watch your weight especially for those who experienced post-menopause obesity. It is the time when the highest cases of breast cancer occur. The most ideal method is to watch your diet, minimizing on meats and poultry and taking more fiber-rich foods like vegetables and fruits. Alcohol is often linked to breast cancer risks. Women are encouraged to minimize on drinking alcohol as well as smoking of cigarettes. Apart from that, an effective method of preventing breast cancer is by breastfeeding children for as long as possible while regular breast scanning should be carried out in order to detect any problems that can be treated earlier.

Diagnostics
The most common method of checking for breast cancer is by self-examination where you only need to fell the areas around the breast to identify if there are unusual lumps which could be a growth. Screening tests can be carried out to check and this can be done through yearly mammogram routines. In these tests, any unusual growth can be detected early and treatment can then be planned. Other methods of detection include running of diagnostic tests like biopsy which is commonly carried out once you are suspected of having breast cancer.

Statistics
Breast cancer is among the top killers among women around the world. It can happen to anyone at any age although women who are in the post-menopause stages are more prone to breast cancer. In countries like the United States, there are about 184,000 new breast cancer cases detected each year and it has been estimated that 1 out of every 50 women will develop this problem by the age of 50 and by 80, 1 out of 10 will get breast cancer.

In Malaysia, breast cancer is the most common among women where Chinese women are the highest victims. Apart from that, it has been found that Asian women who get breast cancer are younger as compared to those in the western countries and are more aggressive.

Specialists
If you are unfortunate to be diagnosed with Breast Cancer, you will be referred to specialists. Cancer is a fatal disease and you will need to be treated by different specialists. This includes a Medical Oncologist who is a professional doctor who treats cancer. They know how cancer grows and will recommend the best treatment possible like chemotherapy or radiation therapy.

Symptoms
It has often been suggested that self-examination is the best way to ascertain symptoms and signs of breast cancer. If you experience any swelling in any part or a distinct lump then it could be a sign. Other symptoms include skin irritation, nipple pain and discharge besides milk. Mammograms are used to scan for breast cancer cells but it is not often reliable. Lumps or any sort of mass on the breasts remains as the best indication of this.

Medication
Breast cancer is treated using similar methods as other forms of cancer which would include radiation therapy, chemotherapy, targeted therapy, bone-directed and hormone therapy. Meanwhile, certain surgical procedures would be carried out as well. In chemotherapy, the common types of medicines used include Vinorelbine, Capecitabine, Paclitaxel, Carboplatin, Gemcitabine, Cyclophosphamide and Doxorubicin.

Home Remedies
There are certain foods that have been found to reduce your risk of breast cancer. This includes garlic which has antibiotic properties known to kill bacteria and fungi in the body. Broccoli has linamarase gene that can breakdown and kill timorous cells. Grapes helps to reduce the production of estrogen in the body used in treating breast cancer while other foods include wheatgrass, green tea and Vitmain D which has been known to reduce this cancer risk. Besides that, olive oil can be used as it helps to reduce your risk of cancer as well.

Breast cancer and diet
While you will need special medicine to treat breast cancer, your diet must be properly managed in order to recover better and faster. Studies have shown that there is a strong connection between diet and breast cancer where the following are foods that have already been linked with treating of this desires.

Fiber – Go through any diet program or any healthy eating habits and you will surely come across this indigestible part of plant foods known as fiber. It is found mostly and richly in fruits and vegetables and among whole meal foods as well.

Fiber helps to reduce hormone estrogen levels among women who are in the pre-menopausal stages which can reduce your risk of breast cancer considerably.

Fruits – Besides supplying your body with the fiber that it needs, fruits contain high levels of Vitamins like A, C, E and selenium. Its contents antioxidants are very high which can help to prevent the type of chemical reactions related to the change in cells and gene because when this happens abnormally, that is when cancer starts to develop.

Carotenoids – The distinct color in some plants are the result of the natural pigments that stem from carotenoids. In fact, there are more than 600 types of plants and vegetables that have this coloring which can be found in the chloroplasts and chromoplasts like carrots, spinach, papaya and sweet potatoes, all which are already in the superfoods category. It has been found that women with higher levels of carotenoids in their blood have lower risk of breast cancer and other diseases.

Flavonols and flavones – Sometimes called flavonoids, it has been found to lower the risk of breast cancer among women who consume high levels of this protective compound. The most common foods where flavanols are found are broccoli, black tea, fruits, onions and many types of vegetables.

Vitamin D – Recent studies have found that vitamin D does provide the body with anti-cancer agents where it actually reduces the growth of abnormal cells. Women who take vitamin D have lower breast density when scanned which means they have lower risk of breast-related diseases. Vitamin D can be sourced through health supplements as well as moderate exposure to the sun.

Pomegranate – This type of fruit has high contents of flavanoids and polyphenols that are extremely beneficial for the body. It has been found to reduce the growth of abnormal cells while this fruit can unblock clogged arteries.

Curcumin – This type of turmeric spice has already been linked with curing some of the most fatal diseases in the world. Used for the preparation of curry dishes, it can kill cancer cells and is among the top 15 types of food that can cure cancer which means that women who take high contents of this spice will have lower risk of breast cancer.

True Story of How a Breast Cancer survivor beat the disease

One Janette Murray-Wakelin has a remarkable story to tell about how she used her own intuition, raw food diet, exercise and meditation to heal from breast cancer. She was diagnosed with stage 3 breast cancer and was given 6 months left to live. She lived past that 6 months and is now healthier than ever, all within a year.

She rejected chemotherapy and instead of living another few months of ‘fear-driven’ mindset, she used alternative methods. So, there was no chemo and no radiation for her.

Instead, she took a totally different route. Raw foods and high-nutrient diet rich foods were his first priority. She was already a vegetarian then went on a 42-day juice fast in The Breuss Cancer Cure by Rudolf Breuss.

High fiber and nutrient foods – Among the foods she consumed include beet root, broccoli and Brussels sprouts and then added carrots and green apples after 42 days. Besides that, she took wheat grass which is known to kill abnormal cells.

Oxygen – She pump as much oxygen into her body as possible through wheat grass and exercising because cancer cannot survive in an oxygenated environment.

The idea behind this was to starve her cancer and providing the body with good nutrients only.

Exercise – On top of that, she ran further to keep the body oxygenated although doctors told her to stop running. She set a world record for the most consecutive marathon. Despite being in their sixties, Janette and her husband ran 365 marathons for 365 days in 2013.